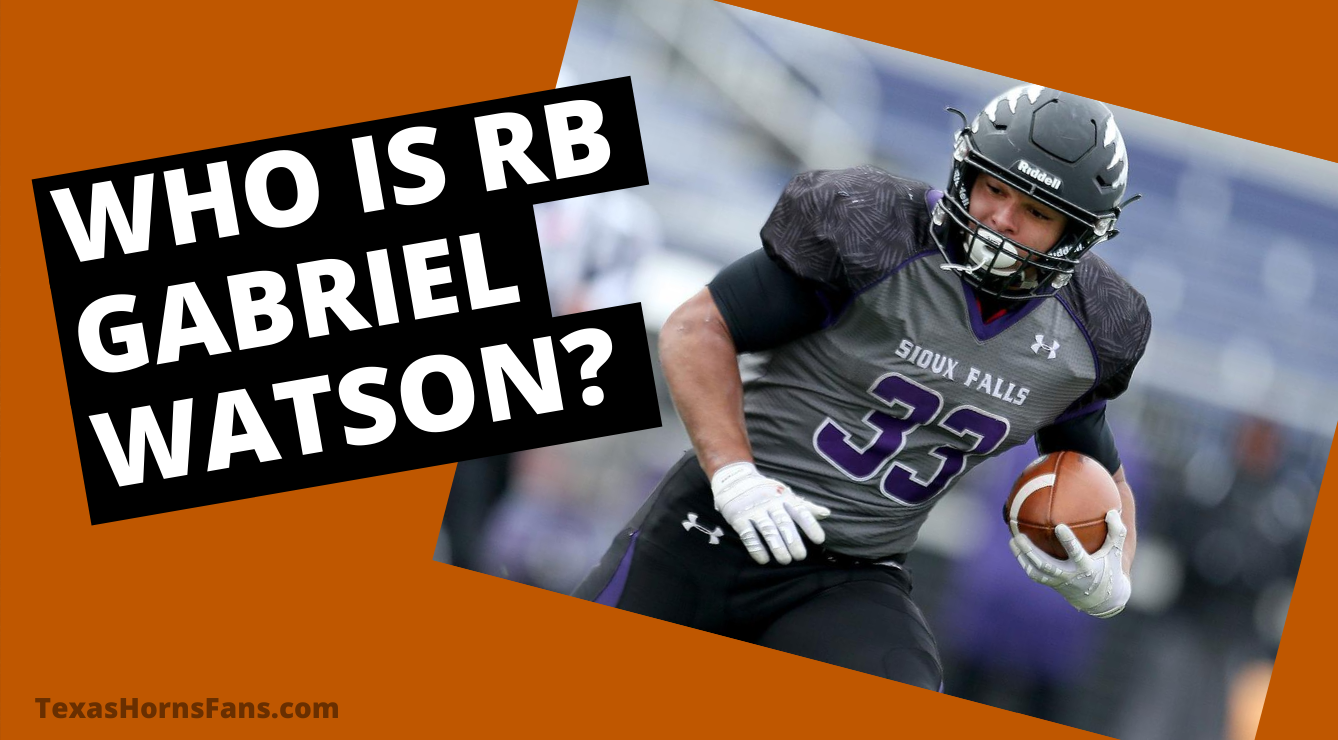 Two days ago, the Texas Longhorns signed graduate transfer running back Gabriel Watson from Sioux Falls, where he was the Division II rushing champ in 2018.

Watson joins a backfield with Keontay Ingram, Roschon Johnson and freshman Bijan Robinson. But as Longhorns fans learned last season, the running back room can quickly be depleted.

He’s expected to join the team next week, which is just one week before the season opener against UTEP.

“Watson is a unique combination of speed and power, capable of running through defenders and breaking away for the home run. He surpassed the 100-yard mark in all 11 games in 2018, including a school-record 320 yards in a win over Moorhead,” says a post on ArgusLeader.com.

The same post quoted Watson as saying, “I feel about as good as I can,” Watson told the Argus Leader in May. “I’m bigger, faster and stronger. My hamstring is fine and getting stronger. To be honest, the quarantine grind has been treating me well. I feel fantastic.”

Check out some of Watson’s highlights below:

2020 NFL Draft to be Conducted Virtually