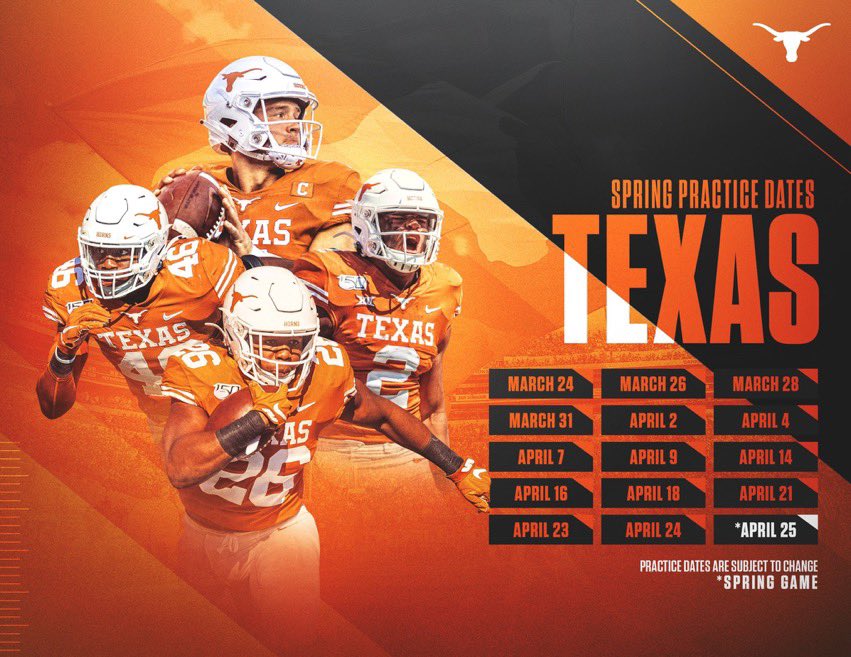 The Texas Longhorns have announced their 2020 football spring practice and spring game dates.

The spring season will officially kick off March 24 and end with the Orange-White Spring Game April 25 at 6:30 p.m. CT.

Here are all the spring practice dates for. It has not yet been determined which practices will be open to the public. All dates and times are subject to change.

The Orange-White Spring Game will again be sponsored by Living Spaces and will include an on-field team meet-and-greet after the game.

The spring game will be televised by Longhorn Network and can be streamed through the ESPN App and on computers, AppleTV, Xbox One, Google Chromecast, Amazon Fire TV and Roku devices as long as you have a subscription from an affiliated video service provider.