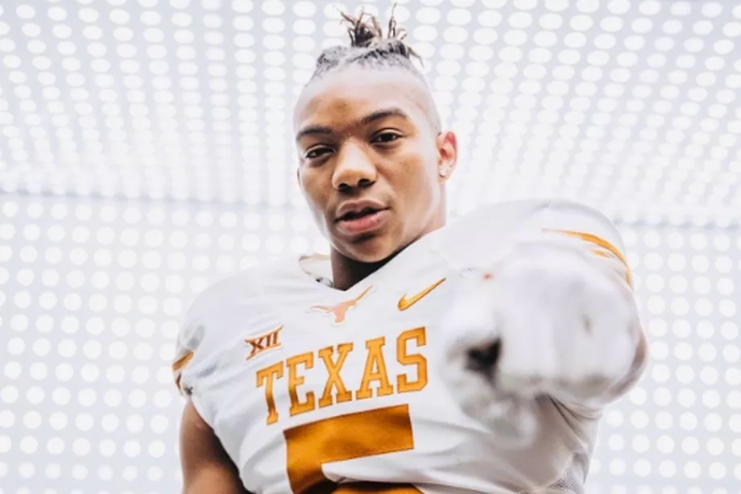 The Internet is not short on dazzling highlight videos of five-star running back and Texas Longhorns signee Bijan Robinson.

“We were on a nationwide search for a tailback and found a perfect fit for us to go out of state to Tucson,” Texas coach Tom Herman said in December. “And not just fit athletically, but a fit as a young man and a guy we want to be a part of our program.”

The highlight video below is one of the most comprehensive game film compilation videos showcasing Robinson’s skills.

Let’s dissect some of his best moves and skills, and how he projects to make quick impact in a Texas backfield that also includes Keaontay Ingram, Roschon Johnson, Derrian Brown and Daniel Young.

We won’t go through the entire video. Highlighted areas of the video are noted by the timestamp where each section begins to you can skip ahead if you want.

0:00 – On this first play, Robinson takes a handoff from the shotgun and plants his outside foot for a nasty cutback to juke a would-be tackler. What makes this move so special is his ability to accelerate to near top speed so quickly. Then, he just outruns everyone.

0:26 – This play is all balance. Robinson makes four moves while maintaining balance and speed through the middle of the field before finding space on the left half of the field.

1:26 – Speed, speed, speed. One of Robinson’s own lineman sort of gets in his way and closes the whole at the line of scrimmage. He instantly busts it outside and goes 70 yards down the sideline for a touchdown. He shows his decisiveness here.

2:13 – A pretty slow-developing play, Robinson takes a pass in the flat and immediately avoids a tackle… then four more. It’s poor tackling, sure, but Robinson is clearly not easy to bring down. He’s not a huge back, but his ability to accelerate and keep balance while being contacted make him more dominant than other backs his size. There’s an end zone view of this play at the end of the video starting at 7:24.

4:03 – Another example of Robinson’s ability to make a quick decision and cut opposite from the flow of the defense to take it outside. This makes defenders look like they’re just standing around and totally out of place.

4:42 – It looks like Robinson takes a decent shot in the middle of the defense but then jukes the rest of the defense when cutting the play to the left.

5:48 – Another play where Robinson avoids multiple tacklers on the way to the end zone.

6:36 – Robinson tries to run left but gets shut down. He finds a seam to the right and just attacks it. The two defenders who have a shot at him are too out of place to make the tackle or chase him down.