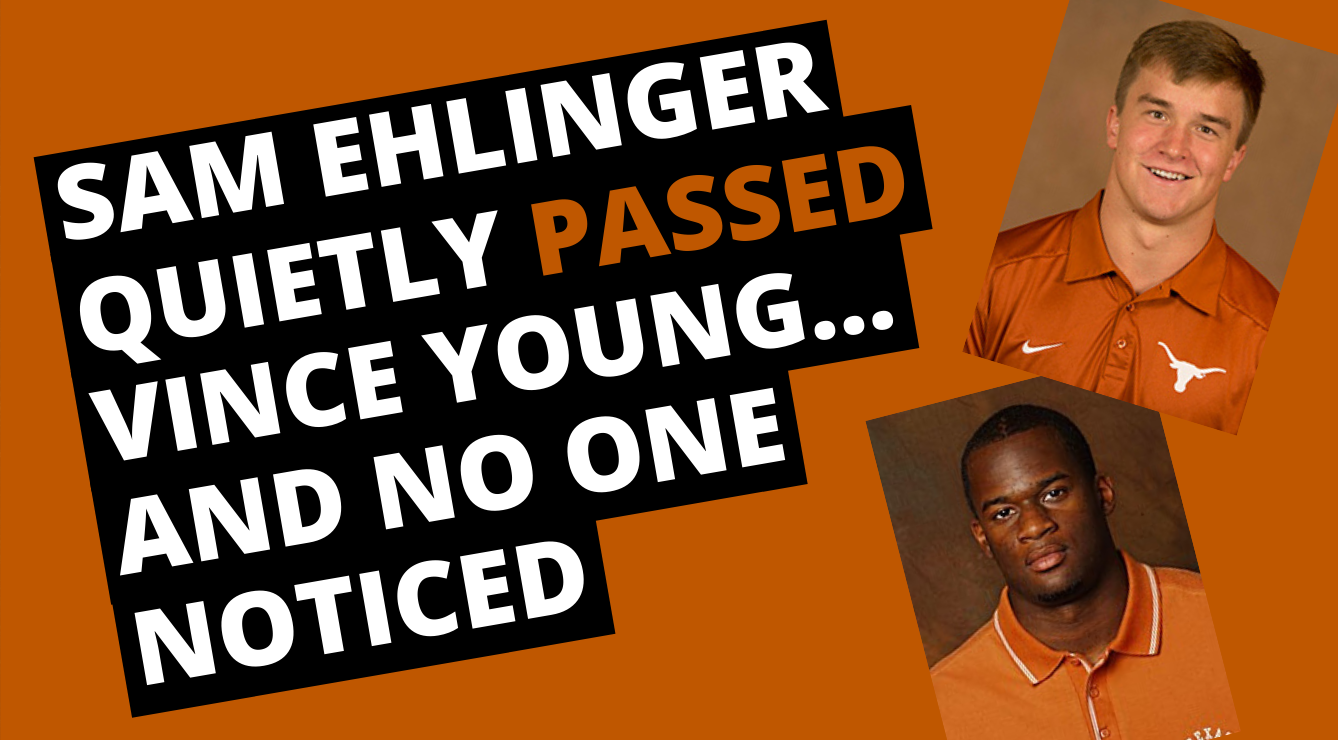 Texas Longhorns legend Vince Young was rightly inducted into the College Football Hall of Fame in 2019, and is arguably the best quarterback the college game has ever seen.

While no Longhorns fan in their right mind would rank V.Y. behind current quarterback Sam Ehlinger in terms of impact and legacy, Ehlinger quietly passed Young in several major categories in 2019.

And that should be acknowledged.

Young essentially was the starting QB for two and a half seasons and left for the NFL after his junior year. Likewise, Ehlinger has started for roughly the same amount of time and just completed his junior season.

Ehlinger accomplished those numbers in 36 games, while Young did it in 37. Production matters (a lot), but of course, numbers aren’t everything. And they certainly aren’t championships.

Ehlinger is 3-0 in bowl games and 0-1 in Big 12 Championship games. He has one more year to solidify his legacy in Austin. Still, passing the great Vince Young in those major categories is a huge deal, and it wasn’t talked about much last season.

Hardly at all, actually.

For now, Ehlinger has already locked in #2 all-time in passing yards, passing touchdowns and total touchdowns behind Colt McCoy. He’ll never catch Young’s rushing yards (3,175), but he certainly has proven to be in the conversation of one of the greatest in school history with one more season to go.

Big 12 Games ONLY? Biggest Impacts for the Texas Longhorns