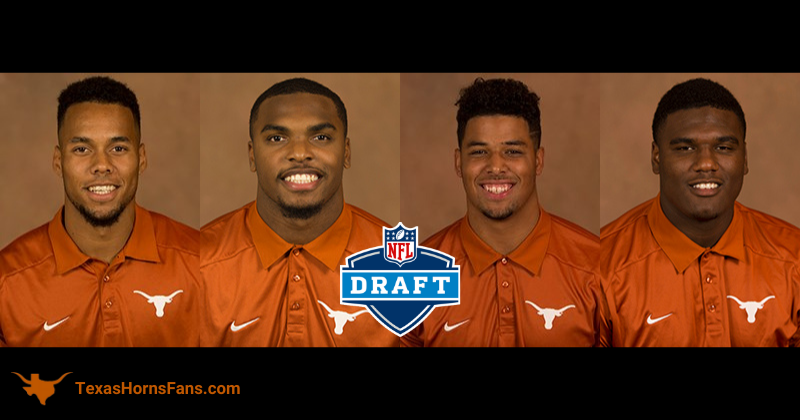 It includes analysis from NFL.com, TheDraftNetwork.com and WalterFootball.com.

Productive outside receiver with great size and ball skills, but below-average speed. May need to find an offense that allows him to work downfield, where size overrides quickness once the ball is in the air. He missed a chunk of 2019 due to a lingering hamstring issue, but looked fairly pedestrian against LSU’s talented cornerbacks. He should work well against zone, but needs to play stronger to battle back against the contested catches he’s going to see. Johnson may need a more limited route-tree that allows him to open up his stride and exploit size mismatches down the field.

PROS: Big physical WR that displays good overall athleticism for the position. He uses excellent length and excellent catch radius in contested catch situations. He shows sufficient play speed on 8 and 9 routes while also displaying good tracking ability to locate the football in the air. He will use his big body to catch a 6 route and absorb contact. Displays good willingness and courage to give up his body to secure off targeted throws. Very good competitiveness to make difficult catches at critical moments in the game. He will be a red-zone nightmare for defenders due to his big body and ability to go get the football anywhere on the field. Will body defender in slant/fade situations. Displays very good body control to track back shoulder fades and will win most 50/50 jump balls on fades on the goal line. This is an “X” WR, however, he projects with the type of frame to put on 20 pounds and could become a Move “TE” in the NFL. He would be a problematic match up for some safeties due to his size and athleticism.

CONS: Needs to improve at defeating press off the LOS. Possession receiver that lacks good RAC ability. Doesn’t create a lot of separation vs man coverage. Needs to be more consistent “stacking” DBs on 9 routes when he has released off the LOS.  Typically relies on his body to box out defenders. Needs to be more consistent at using his excellent length to extend on his catches. Has some instances of allowing the ball into his frame. Due to his lack of elite separation in certain areas of the field, these could be PBUs in the NFL.

In 2019, Johnson had 38 receptions for 559 yards with three touchdowns and missed a lot of time with a hamstring injury. Johnson is a long and linear receiver who has some athleticism. He can sink his hips better than one would expect for such a tall player. Surprisingly, Johnson (6-5, 220) doesn’t play jump balls that well for being such a big wide receiver. He has issues tracking the ball and playing it in the air, but he has some movement skills for a larger wideout. He struggles to get off of press coverage, and for being a big receiver, is disappointingly a finesse player. With his size, he should bully defensive backs, but he doesn’t have any dog to his mentality.

Straight-line speedster with a fireplug build who needs to close the ability gap between when the ball is in his hands and when it’s not. Duvernay is a challenging study because he carries long speed but he’s not a ball winner. He’s a slot receiver with tight hips and below-average routes but has outstanding hands and uses power to add yards after catch. The pieces don’t quite fit together, but great hands, YAC and speed are traits teams might look to mold. He’s not a classic developmental prospect but could become one if a team has a plan for him and can improve his routes.

Summary: Devin Duvernay is a role-specific late Day 2/early Day 3 target for teams in need of a deep threat. Duvernay is a compact and yoked up athlete with the explosiveness and long speed to challenge off coverage and dictate safety deployment on the boundary; with strong ball tracking skills and a good catch radius, he is a candidate for winning downfield despite having a smaller frame and limited film in contested catch situations. Duvernay is also a candidate for schemed RAC touches because of his runaway speed and tackle-breaking ability — but as a route-runner and a returner, Duvernay is not nearly as elusive or agile as you’d like to see, and he’s accordingly a limited player. Duvernay will never be a high-target or three-level player, but there’s a role for him in an NFL desperate for big plays.

Collin Johnson received more attention, but Duvernay was the Longhorns’ most steady receiver in 2019. On the year, he had 106 receptions for 1,386 yards and nine touchdowns. Duvernay, however, faces some limitations for the NFL. He has a running back’s build and has some tightness athletically to go along with being short while lacking length. Duvernay doesn’t know how to run routes, but his straight-line speed is for real and he is tough. Duvernay runs hard and breaks tackles too. Team sources say they see him as being a very late-round pick as a backup wideout and kick returner.

Brandon Jones projects as a potential starter at Strong Safety, but more so as an early down defender who can serve as an asset in run defending and zone coverage inside of 10 yards of the line of scrimmage. Jones’ length, linear burst, physicality and tackling skills are all quality traits and in the right opportunity can yield a starter. Jones’ coverage skills are best in zone and in shallow spaces, wouldn’t consider him a high end option in deep portions of the field.

Jones collected 86 tackles, one sack, two interceptions and four passes defended in 2019. He is a fast defender, but is he an undersized strong safety who struggles in coverage and lacks strength and explosion as a tackler. For the NFL, Jones is more of a backup safety and special teams contributor.

He’s got a thumper’s heart but doesn’t have the frame to carry the pop necessary to handle that role. While Jones played boundary, field, and nickel safety position at Texas, he’ll likely be pegged as a two-deep or single-high free safety due to man coverage limitations but above-average speed. He plays with good urgency and has soft hands, but just average instincts, which limited his ball production. He could get pushed up a round if he’s a big tester. He has third-safety potential and offers early help on special teams.

While Roach did what was asked of him at Texas, it was rare that you could feel his presence in terms of taking over a game or even a half. He’s a short-limbed, tight-legged defender with natural power and some funk in his hands. Roach needs an efficient pathway to the backfield and is better-suited as a gapping 3-technique or maybe even a shade nose if he can add good mass on his frame. The lack of length and below-average pass rush is a concern, but a move inside should bolster his chances of making a roster or practice squad as a rotational interior defender in an upfield 4-3 scheme.

Texas & Oklahoma to the SEC!? How It IMPACTS All of College Football

2020 NFL Draft to be Conducted Virtually