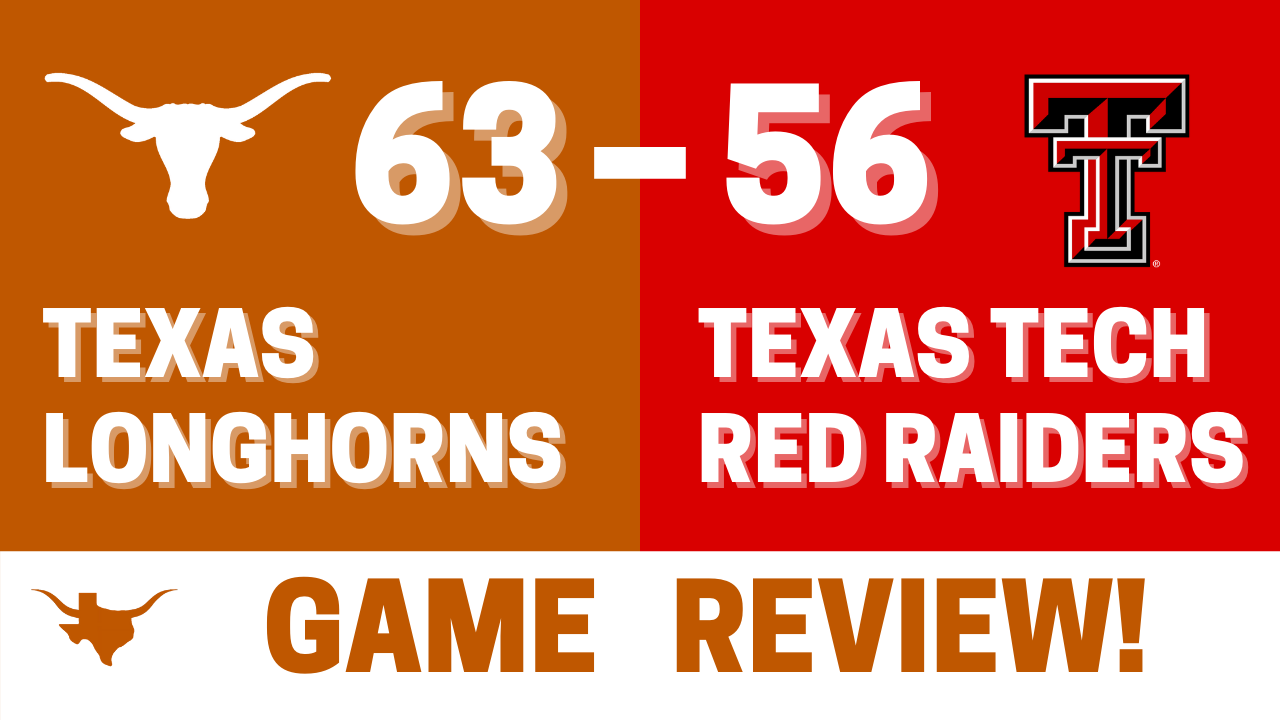 The Texas Longhorns escaped Lubbuck with a 63-56 overtime win against the TeeTees in the highest-scoring game in program history.

Fast start with 17 points in quarter. Texas hasn’t been a good quick-start team in years.

O-line seemed to kept letting the Tech D-line split them with stunts.

Middle of the defense was almost non existent – waiting and watching.

Special teams gave up 14 points but also scored on a blocked punt.

First time to see Alan Bowman. His fade to T.J. Vasher with about 6 min to go was great and a terrific NFL-level catch.

B.J. Foster was back – led the team in tackles.

Schooler stepped up big for someone who’s been with the program for about a month.

Sam ran the ball really well but way too much.
Run blocking MUST improve!? Need to run more with the actual RBs – Ingram had 7.4 yards per carry.

Sam was off with some passes. Could be new offense/new routes or just trying to do too much.

Denzel Okafor stood out in a bad way.

Will Hudson Card Be the Next Great Longhorns QB?