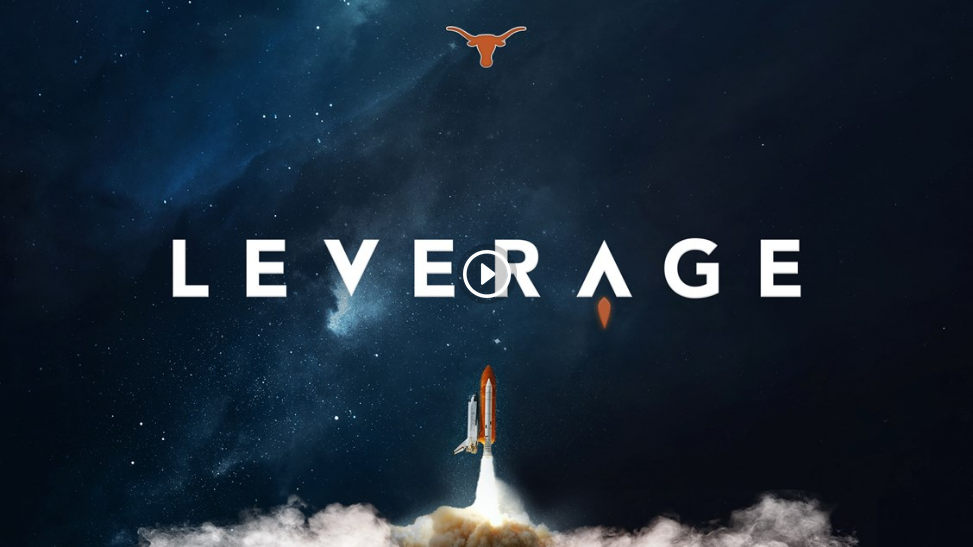 In late-April, the NCAA took an unprecedented step toward allowing college athletes to earn money off their name, image and likeness.

Today, Texas Athletics announced a new LEVERAGE program to give student-athletes the tools to maximize their brand and platform—no doubt laying the foundation for what could be a massive recruiting tool.

What the NCAA determined: “The Board of Governors supported rule changes to allow student-athletes to receive compensation for third-party endorsements both related to and separate from athletics,” an NCAA announcement stated. “It also supports compensation for other student-athlete opportunities, such as social media, businesses they have started and personal appearances.”

“While student-athletes would be permitted to identify themselves by sport and school, the use of conference and school logos, trademarks or other involvement would not be allowed,” the statement went on to say. “The board emphasized that at no point should a university or college pay student-athletes for name, image and likeness activities.”

The Texas Longhorns are a Branding Juggernaut

For more than a decade, the University of Texas has led the country in college licensed merchandise sales. The football program alone is worth $1.1 billion. Football generates annual revenue of roughly $129 million.

“Utilizing one of the most influential brands in American sports, Texas Athletics is launching LEVERAGE, an innovative name, image and likeness program designed to equip Longhorn student-athletes with the knowledge and tools necessary to maximize their brand and platform,” a TexasSports.com article stated.

If any college program is set up to help its student-athletes boost their ability to capitalize on their own name and image, it’s the Texas Longhorns.

What is the LEVERAGE Program?

The LEVERAGE program is part of the new 4EVER TEXAS program with four main areas of focus:

“Texas is a land of opportunity, Austin is a thriving, dynamic and energetic city right in the middle of it, and The University of Texas is like none other,” said UT Vice President and Athletics Director Chris Del Conte. “All of those factors, along with the national and worldwide power of the Longhorn brand are among the many things that will be key elements in our exciting new LEVERAGE program. The program is designed to prepare, enhance and play a critical role in our student-athletes developing and growing their personal brands.” 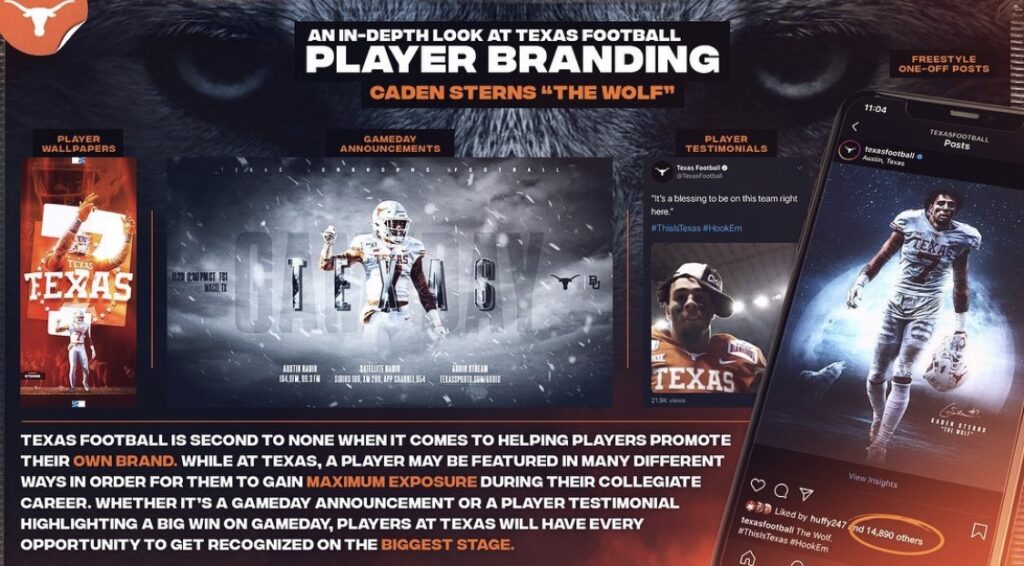 A Massive Recruiting Tool for Texas

Add that to the fact that the Longhorns enjoy coverage from some of the largest media areas in the country in Austin, Dallas/Fort Worth, Houston and San Antonio. The Austin area is also home to more than 200 tech, gaming and major business headquarters.

The Longhorns have one of the strongest social media presences in all college sports. The TexasSports.com article also pointed out that Texas leads the nation in Twitter interactions and has one of the top Facebook followings with an audience of over 1.5 million. Its Instagram following has grown by nearly 200,000 followers in the last two years.

“When it comes to exposure, visibility, valuable connections and a broad and far-reaching network, Texas has all of that,” said Texas Football head coach Tom Herman.

“With the NIL opportunities coming in the near future, the establishment of the LEVERAGE program is a personal development area where we will provide unmatched resources when it comes to building our players’ brands. The people they will meet, opportunities at their disposal and the resources our first-class Football and Athletics programs will provide are second to none, and this program is just another great reason to be a Texas Longhorn.”

Of course, other major college programs will have similar initiatives. Choosing a college program that’s fundamentally prepared to help recruits build their own brand, and provide the education and springboard so they can capitalize on their name and likeness will be a massive recruiting tool in the future.

Texas released the illustrations and video below to offer a peek into what to expect from the LEGERAGE program.

For the brand. #Leverage. 🚀🤘 #ThisIsTexas #HookEm

Colt McCoy Selfishly Kept Himself Out of the 2009 Title Game? Debunking the Conspiracy!