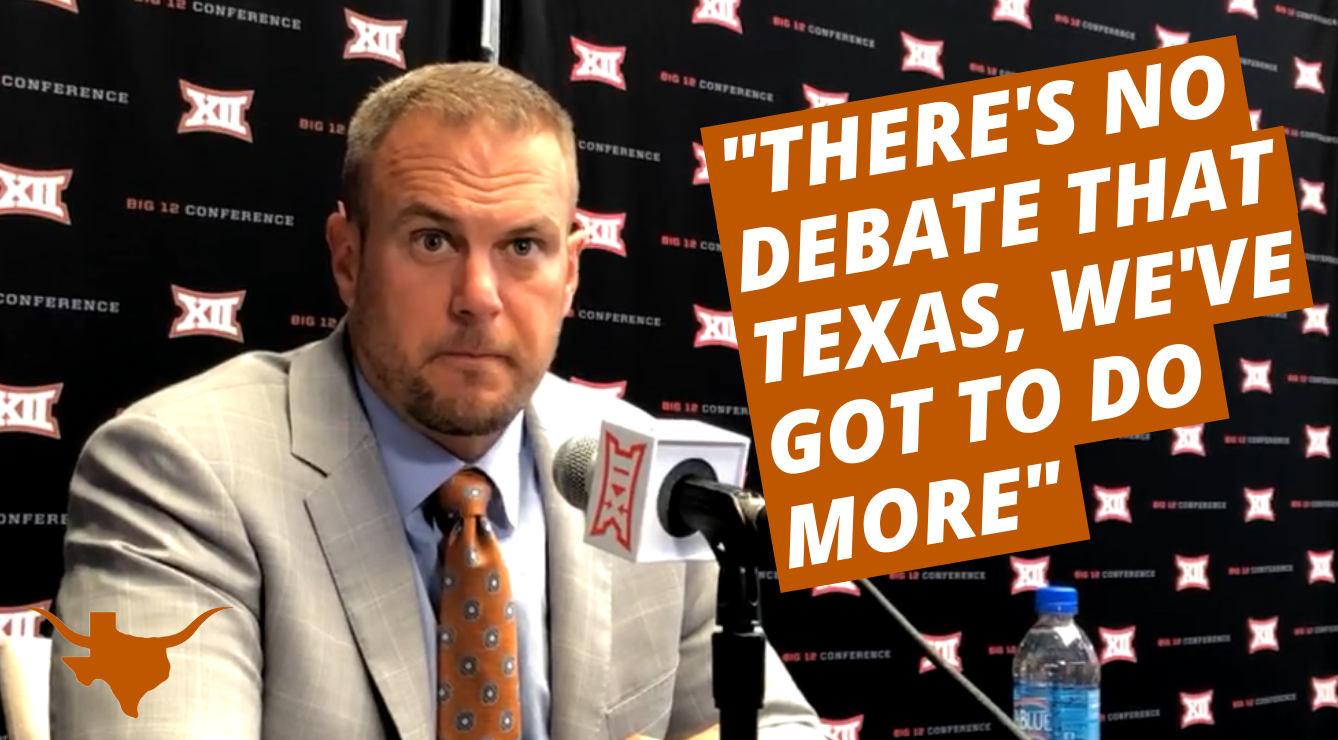 Tom Herman thinks the Texas Longhorns need “to do more” when it comes to producing NFL draft picks.

With the 2020 NFL Draft less than two months away, the topic is top of mind again. Seniors Collin Johnson, Devin Duvernay, Brandon Jones and Malcolm Roach aim to be picked up by an NFL team in the draft. However, all were already in the program when Herman arrived in 2017.

I asked Coach Herman at Big 12 Media Days before the season begin how important it is to recruits to go to a program that develops NFL draft picks, and how often the topic comes up during the recruiting process. (WATCH the video below for the clip.)

“It comes up a lot,” Herman said. “You know, we’re very proud of, of our guys that got drafted this year and those that that the sign is as priority free agents. But there’s no debate that Texas, we’ve got to do more.”

He went on to say the main factors are recruiting the right talent, developing that talent, and the drive and desire from the players. He also thinks its unfair to blame the current staff for any lack of success developing NFL draft picks.

“We take a lot of pride in what we’ve done in a very short period of time when it comes to development,” he says, pointing to impact of Charles Omenihu as the 2018 Big 12 Defensive Lineman of the Year.

“Charles Omenihu worked his tail off in our program, and went from a role player to a starter as a junior to the defensive lineman of the year in our conference. So, the development’s there.”

“We take a lot of pride in what we've done in a very short period of time when it comes to development."

For so many recruits, their ultimate goal is to is to make it to the NFL. I’m in the camp that a player’s college status or the impact that they made in college isn’t affected by the success or lack of success they have in the NFL.

Most big-time college programs are producing an average of five to eight NFL draft picks per year. From 2000 to 2009, Texas had 39 NFL picks.

If you look at the last four seasons (2016-2019), there have been eight total NFL draft picks from Texas, dropping to just two per year. Here Longhorns drafted into the NFL from 2000-2019:

Jake, Jordan or Josh – Who’s Next at the HWR Slot?

Top 5 Breakout Longhorns for the 2020 Season!