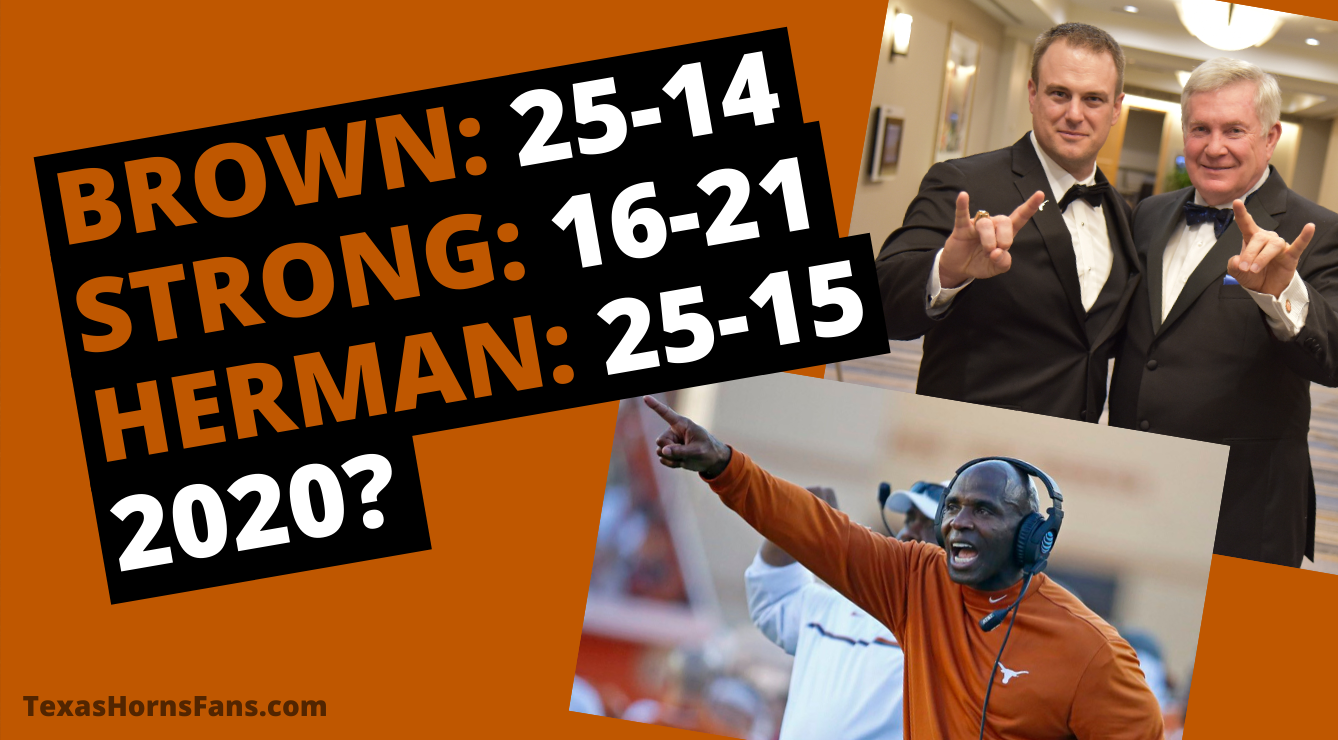 Aside from one extra bowl win and one more loss, Tom Herman‘s three-season stent has been identical to Mack Brown‘s final three seasons at Texas that essentially got him kicked out of Austin.

Of course, Herman taking over a program that had three-straight losing seasons is not exactly an apples-to-apples comparison to Brown’s final three years.

Still, Herman has had three seasons at the helm… so did Charlie Strong.

We’ll take a look at the results Herman, Strong and Brown complied within a three-year span, and then dissect the impact of each.

So, what did we learn with these numbers?

First of all, Charlie Strong had three-consecutive losing seasons (6-7, 5-7, 5-7) and appeared in just one bowl game. It was one of the worst stretches in Longhorns history. His stent ended with a loss to Kansas.

Mack Brown’s final three seasons that resulted in his demise had the same number of wins as Tom Herman (25) with one less loss (14), although Herman coached one additional game (2018 Big 12 Championship).

Herman, however, is 3-0 in bowl games compared to Brown’s 2-1 record. The signature win goes to Herman, defeating Georgia in the Sugar Bowl – placing Texas in the top 10 in final 2018 polls.

And, Herman has one appearance in the Big 12 Championship game – something that didn’t even exist during Brown’s last three years.

Overall, the feeling of most Texas fans at the end of Brown’s tenure was that the program was headed in the wrong direction. After the Sugar Bowl win against Georgia, most fans felt the exact opposite.

So, where are we now at 25-15 in the last three seasons? What does Herman need to prove? What will constitute a successful season, or one of failure in 2020? Comment below!

Sam Ehlinger Quietly Passed Vince Young, and No One Noticed